My son is four. He goes every day to Pre-K from morning to evening. 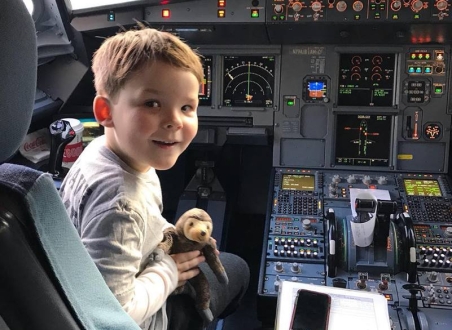 He can count to over 100 and is learning basic math. He speaks a little of his papa’s native language. He knows how to dress himself in the morning and make a little breakfast without completely wrecking the kitchen.

He knows to hold a door open for a lady and to buckle his seatbelt when we get in the car. He knows to give a hug to someone who is sad or is in pain.

He knows the importance of being quiet in a movie theatre and not to disturb other patrons when we are in a restaurant. He frequently remembers to say, please, thank you and have a good day without being reminded.

What he doesn’t know, yet, is that he lives in a world where it’s entirely possible for an armed terrorist to burst into his school and start shooting kids up.

He doesn’t know, yet, terms like “lockdown,” “code red,” or “shelter in place,” or “run for your life and zigzag so you’re a tougher target to hit.”

He doesn’t know, yet, that lollypops will be passed around to his classmates during lockdown drills to help keep the little kids quiet in the darkened classroom.

He doesn’t know, yet, the etched face of a grieving parent who is living the unimaginable, the senseless loss of their child to gun violence.

He doesn’t know, yet, that his teacher has already had to contemplate the possibility of standing between him and a bullet. And that someday soon he will have to think about how he will react if ever faced with such a horrific situation. Will he be like Dezmond Floyd who, at just 10 years-old, has already decided to sacrifice himself for his peers?

He doesn’t know, yet, why his mama doesn’t like crowds and looks around nervously when surrounded by a lot of people. Or why she refuses to let him play with toy guns of any kind.

He doesn’t know, yet, that this abhorrent violence is mostly preventable, but to date our lawmakers have other priorities. Other priorities than preventing the loss of innocent lives.

He starts Kindergarten in the fall, and I fear this innocence of not knowing will quickly be lost as they begin drills for worst-case scenarios. And I am trying to already find the words to explain to him the kind of world we live in– a world smothered in gun violence that we routinely let our leaders turn a blind eye towards. A world where children are so frequently slaughtered in their classrooms that if the number of casualties isn’t high enough, it doesn’t even make the evening news.

Will I ever know the feeling of dropping my child at school feeling peaceful that he’s safe? No, not in my lifetime. But I can pray that the young voices being raised across this great nation will bring a sea change in our politics and legislation. That perhaps my grandchildren will know a different world.

I am grateful to the students at Marjory Stoneman Douglas for having the courage, strength, and conviction to raise their voices up to the rafters of Congress and creating a spark that has mobilized our communities to say enough is enough. May all those who have come together over the past 5 weeks since the Parkland shooting remember the importance of casting a well-informed vote come November. I know I will be casting mine, and my little guy will be in the booth right next to me.

Are you registered to vote? Be aware that if you haven’t voted in several elections, your registration may have been purged. Check your status and register here.